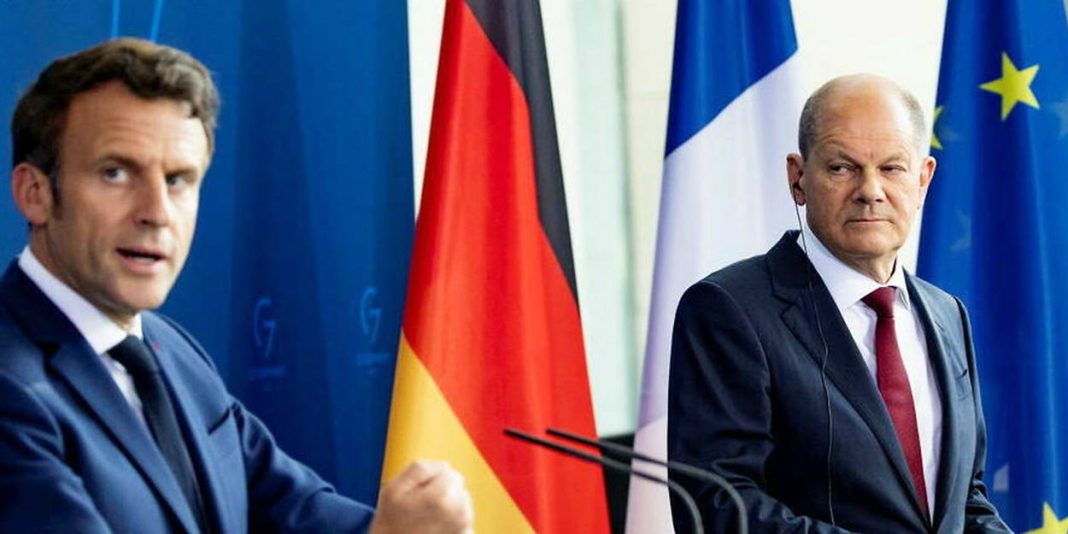 Olaf Scholz and Emmanuel Macron exchanged for 80 minutes with Vladimir Putin by phone on Saturday, May 28. During the call, the German chancellor and the French head of state asked the Russian president to launch “serious direct negotiations” with the Ukrainian president, Volodymyr Zelensky.

The two European leaders “insisted on an immediate ceasefire and a withdrawal of Russian troops,” a statement from the German chancellery said. Emmanuel Macron and Olaf Scholz “called on the Russian president for serious direct negotiations with the Ukrainian president and a diplomatic solution to the conflict”. This interview, which was held at the request of Macron and Scholz, according to the Chancellery, was “devoted to the continuation of the Russian war against Ukraine and efforts to end it”.

The German chancellor and the French president also “called on the Russian president to ensure an improvement in the humanitarian situation of the population”. They also called on Putin to release the 2,500 Ukrainian fighters who had holed up in the Azovstal steel plant in the southern city of Mariupol and were taken prisoner by the Russians.

The two Western leaders “took positive note of the Russian president’s commitment to treat captured fighters in accordance with international humanitarian law, in particular the Geneva Conventions, and to guarantee unfettered access to the International Committee of the Red Cross”. “The world food situation, which is especially tense due to the Russian war of aggression,” was also touched upon during the discussion. “President Putin has assured that he wants to allow the export of grain from Ukraine, especially by sea,” says the Chancellery.

The Russian president has “pledged that Russia will not take advantage of the opening of the mine belt set up to protect Ukrainian ports, to allow the export of grain by ship, to carry out offensive actions,” the German chancellery assures, specifying that the three leaders agreed on the “central role” that the United Nations must play to guarantee exports.