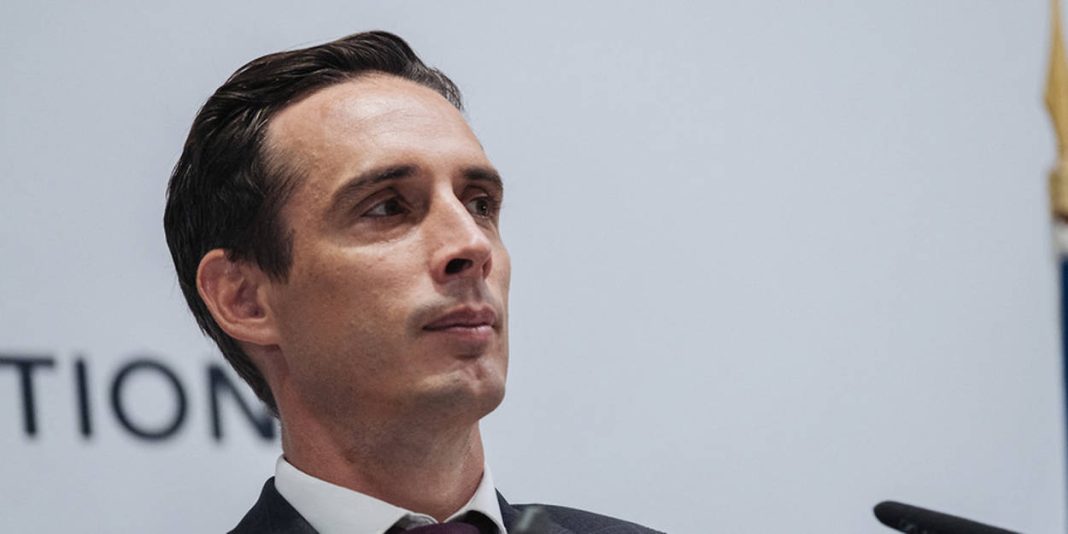 Lthe High Authority for the Transparency of public life (HATVP) has postponed a project to convert the former minister delegate for Transport Jean-Baptiste Djebbari at the shipowner CMA-CGM pointing to “substantial ethical risks”, according to an opinion published on Tuesday, May 24. The former minister delegate had already obtained a green light from the HATVP to sit on the board of directors of a start-up specializing in the construction of hydrogen vehicles. In the project mentioned by the High Authority, Jean-Baptiste Djebbari wanted this time to become executive vice-president in charge of the space pole that the CMA-CGM plans to create.

The ex-member of the executive would have been in this capacity a member of the executive committee of the shipping giant. Contacted by Agence France-Presse, the CMA-CGM declined to comment on the information. A member of the government between September 2019 and May 2022, Jean-Baptiste Djebbari’s project was deemed “incompatible” with his former duties due to “substantial ethical risks”, according to the High Authority. Taking into account the files that the former minister had to manage – intermodality, civil aviation, satellite applications, ports or maritime transport –, the HATVP believes that this position at the CMA-CGM would cause a “substantial” risk of questioning the “independent and impartial functioning of the administration”.

The High Authority also notes that the Minister met eight times with the senior managers of the shipping company. This is enough to create “a legitimate doubt as to the conditions under which the minister exercised his government functions, with regard to the ethical principles and the obligation to prevent conflicts of interest imposed on him”, argues the independent organization. At the same time, the latter gave the green light – but under very strict conditions – to the creation by the ex–minister of a consulting company.

“No state of mind” to go to the private

The HATVP warns the former LREM deputy of Haute-Vienne against the criminal risk of “illegal taking of interests” in cases where his future consulting company has as a client a company in the transport sector. For a period of three years, he will also have to refrain from any approach, including representation of interests, to members of the government or administrations responsible for transport.

On May 17, Jean-Baptiste Djebbari said he was “perfectly serene” and had assured that he had “no state of mind” to leave for the private sector after a stint in the government that he had long announced that he did not want to continue.

While he was a minister, he had followed a prestigious “Executive Master” training at Polytechnique, a program for executives and managers. In an interview with La lettre des anciens de l’X in December 2021, the minister revealed that he had enrolled in this training, which consists of twelve modules of four to five days spread over 14 months, before being appointed minister.

Every Thursday, discover the information of our political editorial staff, and receive in preview the exclusives of the Point.